This project involved the installation of a heavy duty coating system on Mechanical Equipment Room floors on the 7th and 17th floors of the hospital. The Existing floor coatings were old and had worn in many locations. Some areas were still bare concrete. Leaks in mechanical equipment found their way through penetrations and cracks in the slab to operating rooms below. Electrical rooms and elevator lobbies were not isolated from the mechanical equipment areas, thus allowing water leaks to travel into these areas as well. Furthermore, the rooms housed a complicated array of mechanical equipment that posed a serious challenge to any applicator trying to perform proper surface preparation and application of coatings. There were very tight, almost inaccessible areas throughout.

The NYU Facilities Department decided to use a heavy duty coating system that would handle foot and cart traffic, would be non-skid, but still cleanable and keep water or chemicals from penetrating to floor below. It had to be supplied in standard NYU colors such as 33GR Gray for walking areas, safety red for electrical rooms and safety yellow for danger.

On a very important note, the system also had to have very low odor during application so as not to interfere with procedures in operating rooms or offend nearby hospital workers and tenants. The hospital operates 24 hours a day, 7 days a week so using a coating system that did not have any detectible odor was a must.

Having had success at other NYU facilities, they decided to use a Tnemec system consisting of Series 201 Epoxoprime, clear penetrating primer, followed by Series 206 Sub-Flex EP with reinforcing mesh. Series 237 Power-Tread with aggregate was used as protection and wear coat over the Serier206. Series 280 Tnemec-Glaze was the one coat finish. Details included using Series 201 or Series 237 clear with a variety of sands to make curbs and ramps, also to fill cracks and holes to allow rapid application of coating system to fit tight schedules.

Phil Gonnella, the coating consultant from Righter Group visited the site at the beginning of the project and subsequent times view progress. 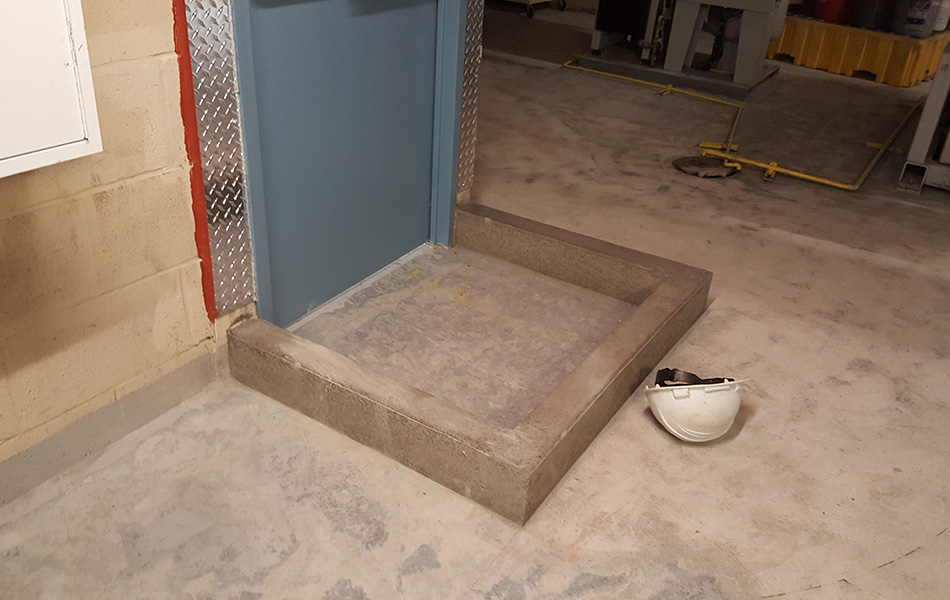 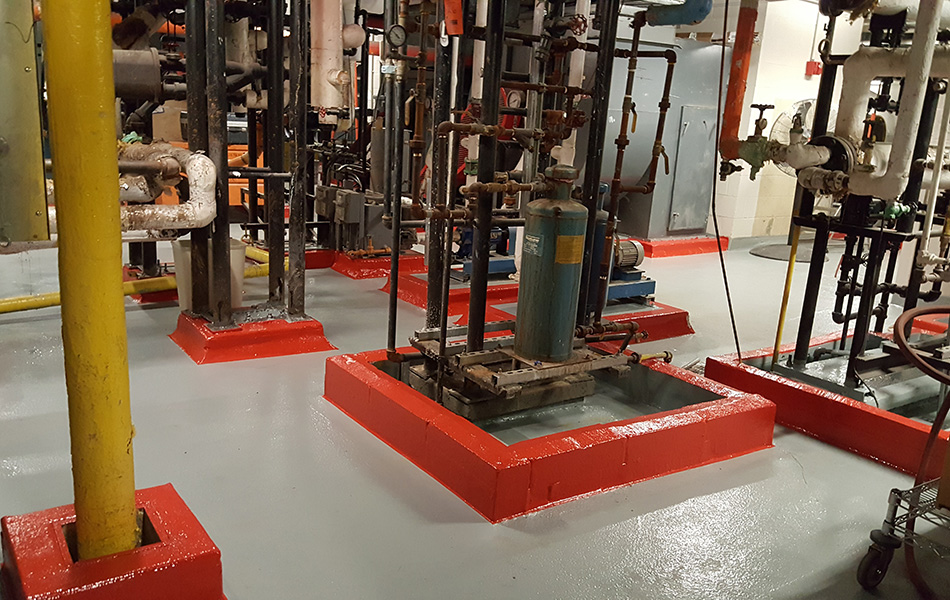 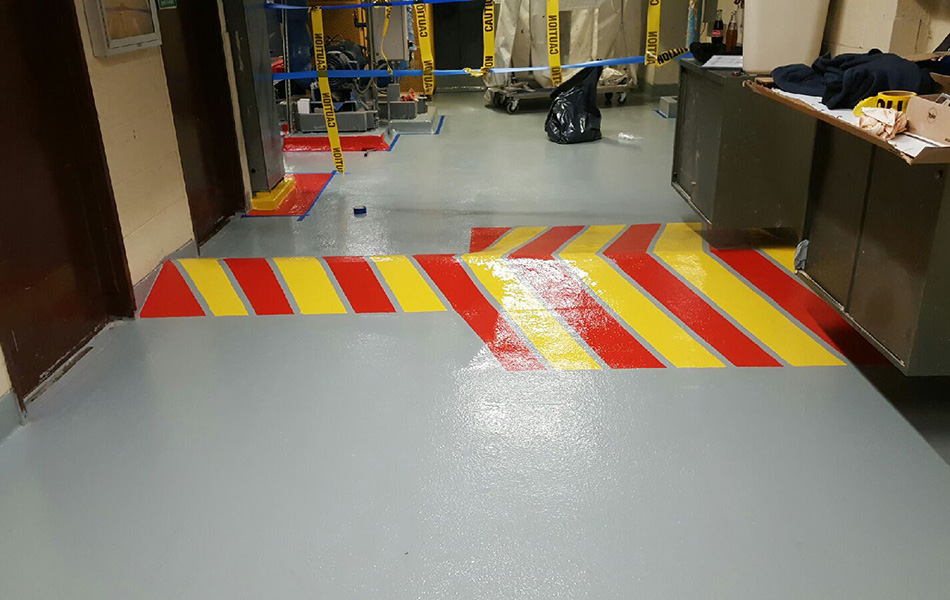