Known as “Building 16,” 25 Fid Kennedy Avenue was built in 1940 by the U.S. Navy as a multi-trade heavy machine shop. The site featured a 40-ton overhead crane and an open, steel frame structure, which facilitated large-scale metal fabrication and assembly supporting the U.S. efforts during World War II. In 2016, JC Cannistraro, a local mechanical construction company, wanting to streamline their operations signed a 50-year land lease with the Economic Development and Industrial Corporation of Boston. This move would relocate all three of their Massachusetts facilities to one location. As part of the move, the 157,000 square foot historic industrial building needed to be rehabilitated for use as a prefabrication and assembly plant for plumbing, fire protection, HVAC piping and sheet metal systems for installation at construction sites. Cannistraro hired architectural firm BH+A of Boston and Consigli Construction of Milford, MA to design and construct the renovation.

The building was not maintained for decades and the all of the structural steel inside the building was completely rusted. Additionally, the possibility of old lead based paints left on the steel and a tight budget added to the list of problems. Consigli Construction contacted Righter Group, Inc. in March of 2016, to discuss steel coatings options for 25 FID Kennedy in Boston. For this project Michael Woessner, Righter Group’s Coatings Consultant, recommended Tnemec Company’s Series 115 Unibond DF, a Self-Crosslinking Hydrophobic Acrylic for the interior surfaces. This unique product offered exceptional adhesion to the marginally prepared structural steel and because it is loaded with rust inhibitors was capable of holding back the rust in just two coats. The product also offered low VOC, low odor and dry fall characteristics which allowed the applicator to spray the entire project and not worry about odor affecting other trades working in the building.

Michael also recommended Consigli to work with a qualified Industrial Coatings Applicator and ultimately John W. Egan provided mock-ups for the project. The intent was to identify the best approach to deal with the surface preparation of the steel and the best coating system to stop the corrosion and meet the owner’s budget. This also gave the owner the opportunity to see first-hand what the coating system would look like.

In September of 2017, JC Cannistraro moved into their newly renovated facility and thanks to Tnemec Coatings the steel will be protected for years come. 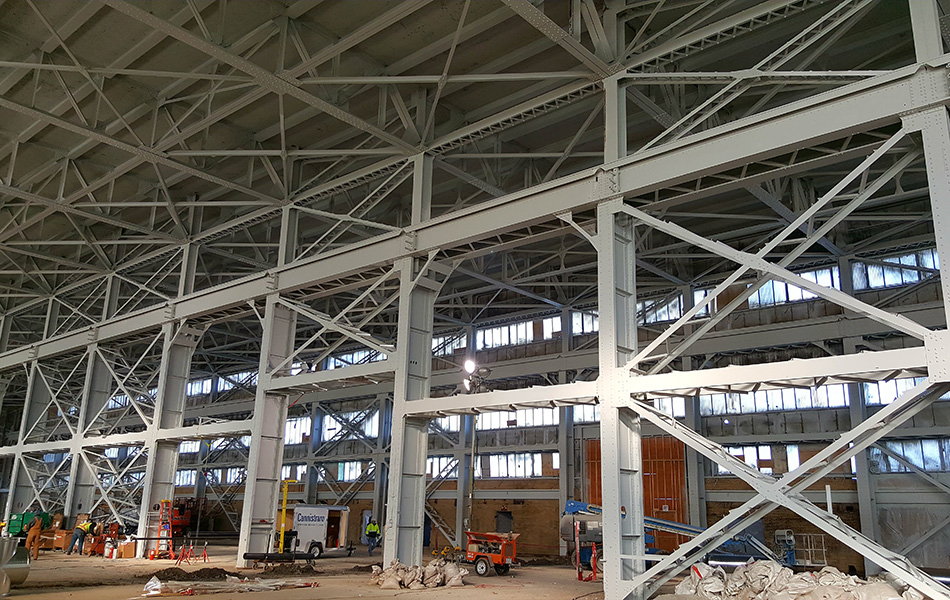 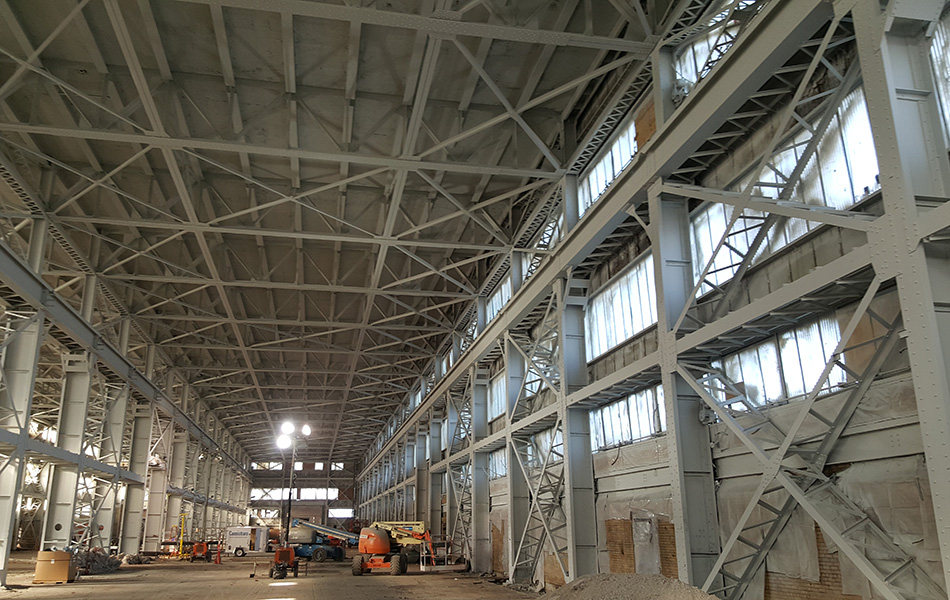