A few years ago, it would have been hard to imagine the deteriorated cast-iron building at 54 Bond Street in Manhattan as the recipient of the prestigious Lucy G. Moses Award, which is New York Landmarks Conservancy’s highest honor for preservation excellence. Located in the Bowery section of the NoHo Historic District, the condition of the six-story building was unbefitting its status as a city landmark listed on the National Register of Historic Places. Years of neglect had left its façade in need of a total restoration.

“It had become somewhat dilapidated,” according to a New York Real Estate Journal posting based on an account of the $4.5 million project by New York-based CTA Architects P.C. “Cast-iron units along the façade were heavily rusted and/or deteriorated, for instance, while there were a number of points of local leakage.”
In 2011, CTA Architects was contracted by the building’s owner to restore the façade to its original condition, address leakage issues and perform construction administration services, the Journal reported. The architectural design firm worked closely with the New York City Landmark Preservation Commission (LPC) throughout the project.

“This was by far the largest cast-iron restoration we have done,” acknowledged Matthew Jenkins, AIA, project manager with CTA Architects P.C. “There are not many cast-iron buildings that have two facades. Most of them are in-fill building with just one façade, but this one was on a corner which made it unique.” Jenkins estimated that approximately 20 cast-iron buildings in New York occupy a corner location of which only a handful have been fully restored.
As project manager, Jenkins spent days working from a boom truck assessing the extent of damage to the façade’s ornamental cast-iron components, which ranged in size from four-by-four inches to six-feet-long by 20-inches wide. “Seventy-five percent of the cast-iron was removed from the building completely,” Jenkins recalled. “We examined both the inside and outside of each piece that came off the building for rust and deterioration in order to determine how many pieces needed to be replaced, which required casting new pieces.”

Van Cronenburg Architectural Hardware in Ghent, Belgium, created 164 molds to replicate 2,890 cast-iron components that were shipped to the jobsite in New York.
“With cast-iron, if you have an old piece you can send it to the foundry and they can make a mold base on the original piece, which is great,” Jenkins shared. “This ensures the replicated piece is the exact same size as the original.”

Original cast-iron pieces found to be in good condition were stripped of old paint and corrosion, recoated and reused. “Throughout the project, we tried to save as much original material as possible – that’s always our goal,” Jenkins emphasized. “We were able to salvage quite a bit of the cast-iron from the building’s exterior.”
Jenkin’s inspection included the façade’s cast-iron water tables that run the length of the building between each floor, a sheet metal cornice at the top of the structure and exterior stairways leading to residential and retail entrances.

Resembling decorative cornices, the water tables serve dual purposes as a design element and to prevent water from running down the face of the building. The tops of all the water tables where rainwater pools were replaced with new cast iron that was molded to fit perfectly.
The deteriorated sheet metal cornice and structural supports located at the top of the building were replaced with an exact replica fabricated in Long Island City.
Jenkins discovered the original cast-iron stairways concealed underneath diamond plate sheet metal shells installed by a former owner. New stairs and balusters were designed to match the originals found in old photographs and from remnants that survived more than a century of heavy use and weathering
Collaboration between Jenkins and coatings consultant Phil Gonnella of Righter Group, Inc., involved testing the adhesion and performance of Tnemec coating systems applied by the project’s general contractor, Traditional Waterproofing and Restoration.

All cast-iron components replicated at the foundry in Belgium were prepared and then coated with zinc thermal spray, otherwise known as zinc metallizing, a process that applies molten zinc by spray rather than hot dip galvanizing, After cooling off, the zinc thermal spray was sealed with a shop-applied coating of Tnemec 27FC Typoxy, a polyamide epoxy with fast-curing and rapid handling properties ideally suited for steel fabrication.

“When it arrived at the jobsite, the cast iron was prepared perfectly for field coating,” according to Jenkins. “Every piece of cast iron was 100-percent coated inside, outside and on its edges with a primer, intermediate coating and topcoat before it was reinstalled. We specified the work using all Tnemec coatings.”
Cast-iron components received two coats of Series 27WB Typoxy, a patented low-odor, low volatile organic compound (VOC) water-based epoxy and an aliphatic acrylic polyurethane finish coat with resistance to abrasion and weathering.

“Series 27WB is very unique coating technology that provides exceptional durability and corrosion resistance,” Gonnella emphasized. “After the first coat of Series 27WB was applied to the cast iron, the project was put on hold for several months. Although nearly one year passed before the coating system was completed, the exposed cast iron showed no signs of corrosion.”

The sheet metal cornice was shop-primed with Series 115 Uni-Bond DF, a water-based, rust-inhibitive acrylic coating, followed by a finish coat of Series 1029 Enduratone, a water-based High Dispersion Pure acrylic polymer. Wood windows were sanded and coated with Series 1029 to match the overall color of the façade.
“These are not your grandfather’s water-based acrylic coatings,” Gonnella explained. “With new sheet metal that tends to flex, you don’t want to apply thick, stress-inducing coatings that may delaminate. So we specified thin, acrylic coatings that provide tenacious adhesion, long-term protection and color retention on sheet metal.”
Constructed in 1874, the 15,000-square-foot 54 Bond Street building started as a bank and was later used for storage space and as a theater. It was designated a New York City landmark in 1967 by the LPC and was listed on the National Register of Historic Places in 1980.

Today, the restored building is occupied by commercial spaces on its first two floors and high-end residential lofts on its upper levels. It is currently owned by the 54 Bond Street Condominium. 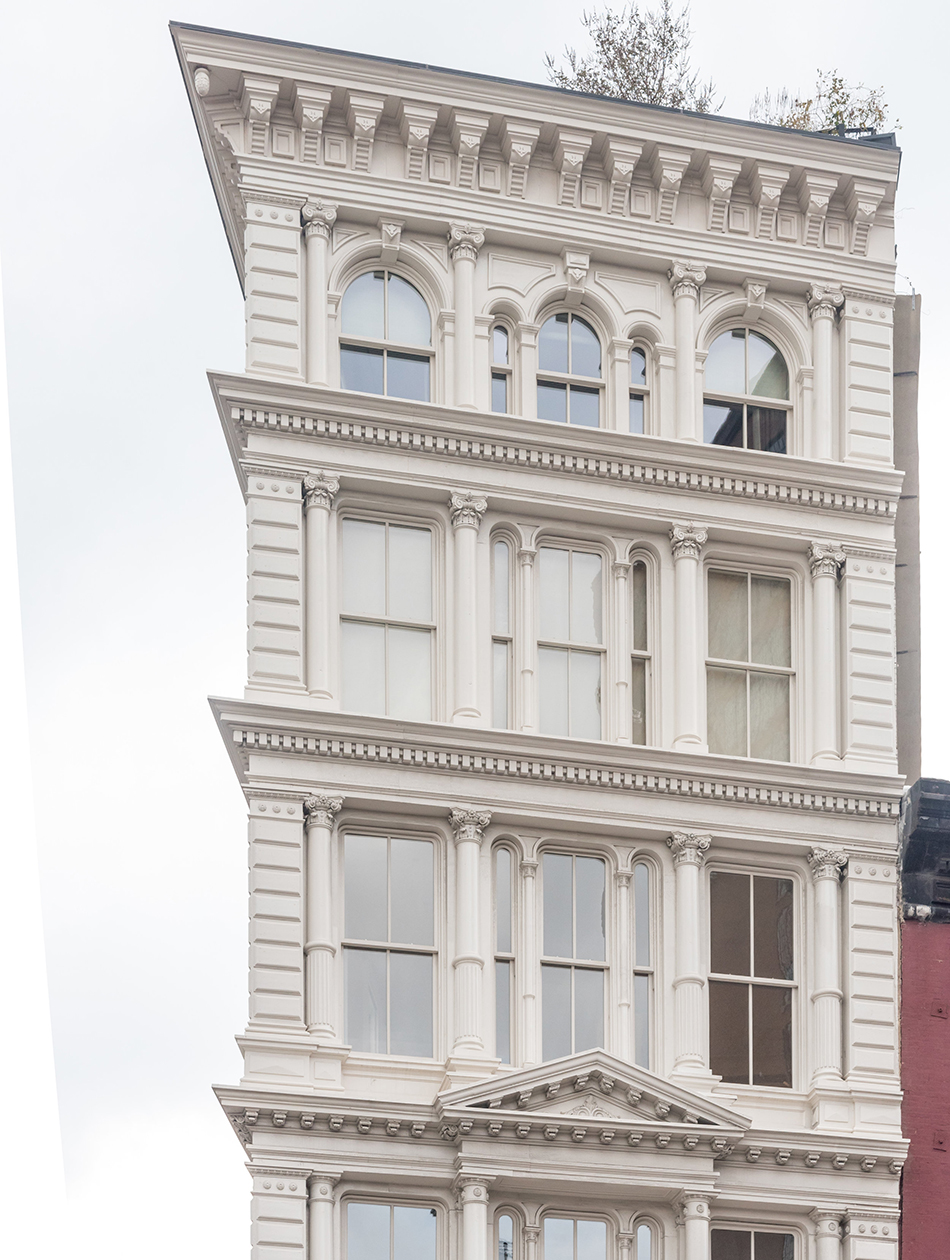 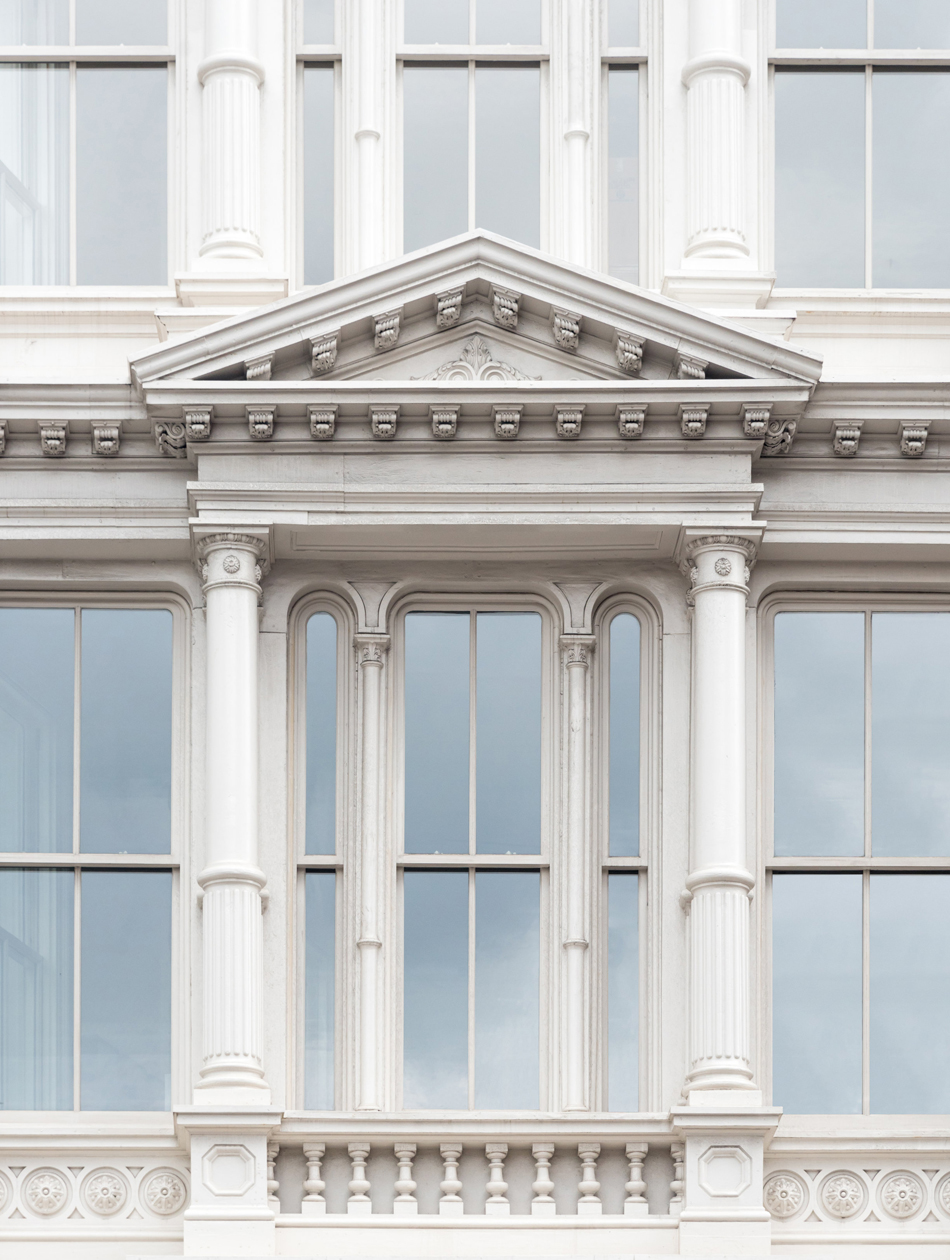 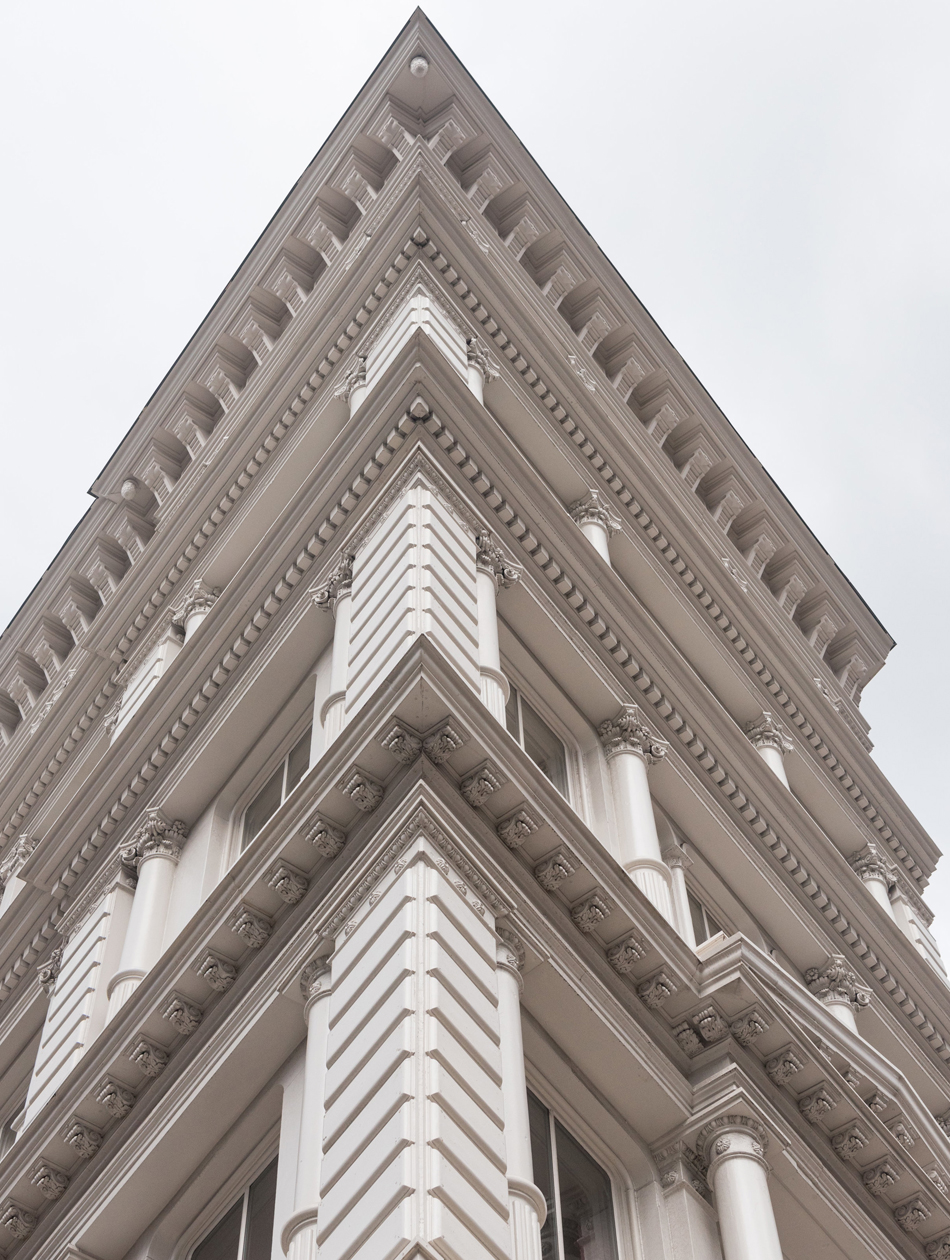 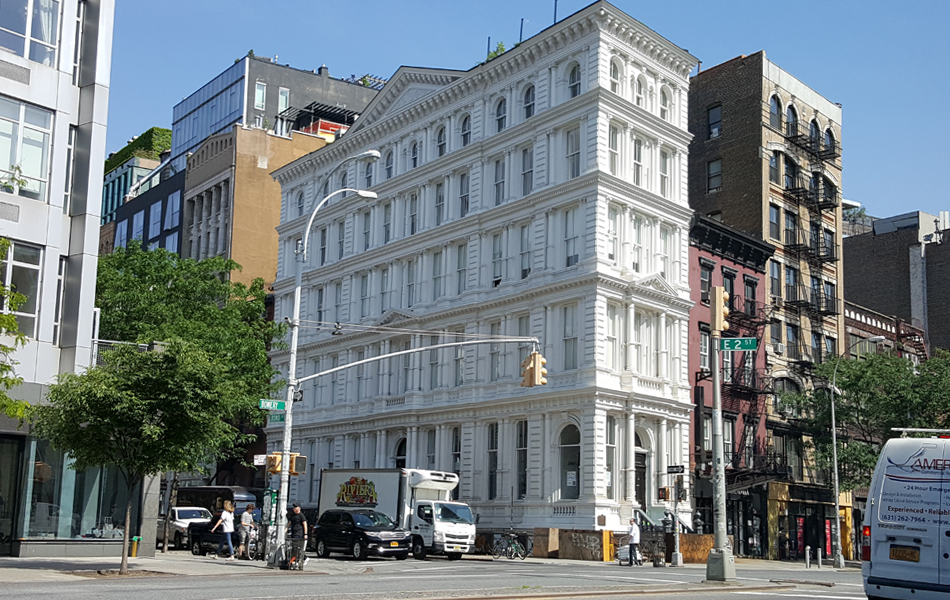